Hi and pardon my long-windedness, but I thought I'd share some of the quirky turns of fate that can happen when Lucky Mojo's Safe Travel and Mercury products are a part of your globe-trotting arsenal along with a trusty old comfrey root. This actually did happen to me this past December 28th and it's nothing short of unbelievable:

''Your flight has been postponed until tomorrow. I'm sorry.''

That's what it's like being a first responder when you accompany a patient on a medevac: you know when you leave but between changing medical needs, temperature fluctuations and airplane mechanicals, you never quite know when you'll make it back to Raglan. So my patient was on his plane in direction of Montreal and meanwhile here I was, stranded for another 24h in Kuujjuaq in the Arctic of Québec.

After calling the hotel reservation line and re-booking room 109 for a second night, I trudged back in direction of the COOP hotel once more. A short detour brought me to the Northern store to forage dinner of some sort. After touring the aisles twice it was utter disgust that met the king's ransom charged for dried pasta, juice and frozen vegetables (I still can't believe that cost over 20$!!!); that and a new respect for those that stay here year-round...

But I digress. Upon returning to my room and unpacking, a hot cup of coffee warmed me and lifted the flagging spirits as I headed to the kitchen wielding pasta in one hand and a knitting bag with a growing scarf in the other. This is where I began to discover that the results of roots can hide in the strangest and most unexpected situations.

The kitchen was already occupied by Harvey, whom I met, as he inquired as to how it was that I was a guest here alone during the Holiday season. Upon explaining the conjunction of circumstances leading to my presence, he laughed heartily and told me to put away the pasta. ''We're having a family dinner here tonight! There will be more than enough food for everyone: you'll eat with us.'' So as I helped him load the tables with food and plastic cutlery, one after the other, three generations of family arrived culminating two hours later in two dozen of us standing as the eldest of the elders said grace.

Now generally, I'm a bit of a Grinch when it comes to Christmas. I don't decorate, don't play carols and run from office parties insofar as I can. That said, it seems that on this December 28th, I was seeing the holiday season through the eyes of the young children in the room again. I ate and played games with a gusto I had thought long gone. I marvelled at the sights, sounds and tastes so new to me.

Alongside the more European fare of turkey, stuffing, pie and potato salad there was beluga skin all the way from Rankin Inlet, frozen char, roast caribou and ptarmigan stew. And so it was that after learning to use an ulu (traditional Inuit hand-knife) to prepare myself muktuk (beluga skin) seasoned with soy sauce and going back again and again for char, I showed thanks as I could by taking care of the dishes and cleaning tables. A wide grin covered my face as the multitude of kids ran around us playing tag while parents held a roll of wrapping paper across as a limbo stick for them to the sound of seasonal music.

The next morning, getting ready to go back to the airport while drinking tea and munching on leftover caribou and cherry pie, I mused once more at how life can offer re-enchantment in the oddest places. Magic was no further than here for a stranger in Kuujjuak sharing a family Holiday Celebration in an empty hotel.

How delightful that sounds!

I love Safe Travel and Comfrey Root too, because i too have been introduced to the kindness of strangers through its use. Nagasiva made me a Safe Travel mojo bag which i carry when we travel, and this year it brought us the Trip Saving Red Cap at Union Station in Los Angeles -- a man who saw us struggling to hustle our heavy bags to the gate where our train was about to depart, and then had us hop in while he drove his cart BACKWARDS all the way to our gate, up the ramp, and to our train car door, with mere seconds to spare! And we never even caught his name or were able to tip him, as he immediately drove off again.

Then, as soon as we got on the train we met a man from Canada named Arié Moyal who was giving people "Free Hugs." He travels by train all holiday season long, offering people hugs. He is funded by donations from friends. His web site is HugTrainUSA.org -- and he gave us hugs!

Oh My God,
I am so touched by these stories. Thank you for sharing them.

I too travel with Safe Travel, my confrey root in a red mojo bag and in my suitcase and my FWP.

Thank you for these wonderful products Miss Cat.
Top

I know, right! ...very touching holiday experiences. Thanks for sharing.
I am proud to be a Lucky Mojo Forum Moderator
Top

The magical qualities of this product are described in this book, with folkloric hoodoo spells for use in practical conjure,

As I prepare for a trip to TX to visit a daughter, I am not checking luggage; just using my carry on back pack - yes, it fits within the approved dimensions and since I am gone only 4 days, simple clothes fit.

My question is this. I did not make a mojo as others, in another part of the forum, posted how that can create a challenge with today's travel standards. I have an amulet necklace that I will be wearing and have inserted a small piece of comfrey root within my things to help smooth travel. Have any here experienced any challenges with security and a random root in your carry on?

Is there anything else you would suggest I do to help this trip be uneventful? As far as the airports go.

I think you'll be just fine with your amulet necklace and the small piece of root, since you're flying domestically and aren't checking your luggage. Liquids are what will get swooped on by TSA, so just don't bring any bottles of oil

If you want, since the magical measures you'll be able to take will be pretty limited, you could always have MISC light a Safe Travel vigil for you on the day you leave. Since you'll be gone for four days, it should burn that entire time!

If you want to get really fancy, you could also have them light a Road Opener vigil for you as well, to keep everything with your travel running smoothly.

Have fun on your trip!

This product qualifies to be included in the Lucky Mojo 6 Herb and Root Special.

When you order SIX of our regularly-priced herbs or roots, you only pay for FIVE and, as a BONUS GIFT -- we will also send you a FREE Red Flannel Bag that you can use to make your own mojo hand. Just order the Special, and be sure to list your SIX herbs and roots in the message area of your order. Is the Comfrey Root sold as a whole root, or as root pieces, and if pieces, are they decent size? I've read the description and it says whole but shows a picture of pieces so I'm not certain. My boyfriend rides with a motorcycle club and I'd like to make a safe travel packet for him to tuck into his vest. I think a mojo bag might be a little much for him, so I was hoping that I could get a decent sized root and cut a little slit in it to tuck in his hair and a small petition for safe riding, then I could wrap it in string like a jackball and let him tuck that away in a pocket. But if it's just sold as pieces, I'll do a traditional mojo and just make it small. Thank you!

-Amy
Thank you Saint Martha for your continued blessings!
Top

They are sold by weight and generally you get one piece per pack. We grow, pick, and dehydrate them right here, by the way. The photo was intended to show variation in size.

The medical qualities of this product are described in this book, with traditional folkloric remedies for home-herbalists to try. 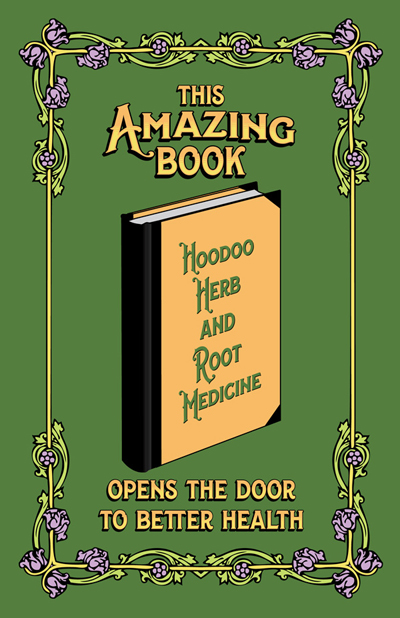 Thank you Catherine!
Thank you Saint Martha for your continued blessings!
Top

This product qualifies to be included in the Lucky Mojo 6 Herb Tea Special. Return to “Herb, Mineral, and Animal Curios in Hoodoo and Rootwork”