I was wondering what is the best way to work with King Solomon?

Are there special Psalms to read out?
Top

King Solomon is the author of the Book of Proverbs, and the Song of Songs (also known as the Song of Solomon). (The Psalms were mostly written by his father, David, although others contributed as well.)

A popular herb, Solomon Seal Root, is named after those seals. As a judge and king, Solomon's aid is called upon in legal matters, especially those involving child custory.

And, as he reputedly was the "wisest man in the world," his help is sought by those ho are about to take academic tests.

Unlike Catholic saints, who are called upon as individual entities, many people think of Solomon only in terms of the items named after him -- the root, the seals, the books of the Bible -- but he is an active spirit with living descendants and he functions as an ancestor and spiritual guide to many.

Read more about King Solomon and how to work with his spirit here: 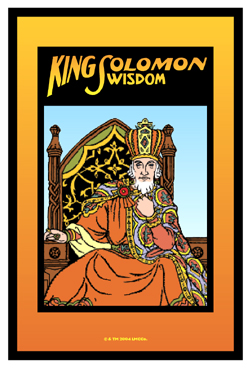 Psalm 72 was written by David for his son Solomon. It can be used for oneself or for anyone in a position of leadership.

The Book of Ecclesiastes was also written by Solomon.
Lucky Mojo products available at my eBay store
Top

You are quite right about Psalms 72 -- it is a great Psalm for helping one's children (especially sons) take on the role of adulthood, and assume positions of leadership, honour, and justice. Here is the text in full:

1 Give the king thy judgments, O God, and thy righteousness unto the king's son.

2 He shall judge thy people with righteousness, and thy poor with judgment.

3 The mountains shall bring peace to the people, and the little hills, by righteousness.

4 He shall judge the poor of the people, he shall save the children of the needy, and shall break in pieces the oppressor.

5 They shall fear thee as long as the sun and moon endure, throughout all generations.

6 He shall come down like rain upon the mown grass: as showers that water the earth.

7 In his days shall the righteous flourish; and abundance of peace so long as the moon endureth.

8 He shall have dominion also from sea to sea, and from the river unto the ends of the earth.

9 They that dwell in the wilderness shall bow before him; and his enemies shall lick the dust.

10 The kings of Tarshish and of the isles shall bring presents: the kings of Sheba and Seba shall offer gifts.

11 Yea, all kings shall fall down before him: all nations shall serve him.

12 For he shall deliver the needy when he crieth; the poor also, and him that hath no helper.

13 He shall spare the poor and needy, and shall save the souls of the needy.

14 He shall redeem their soul from deceit and violence: and precious shall their blood be in his sight.

15 And he shall live, and to him shall be given of the gold of Sheba: prayer also shall be made for him continually; and daily shall he be praised.

16 There shall be an handful of corn in the earth upon the top of the mountains; the fruit thereof shall shake like Lebanon: and they of the city shall flourish like grass of the earth.

17 His name shall endure for ever: his name shall be continued as long as the sun: and men shall be blessed in him: all nations shall call him blessed.

18 Blessed be the Lord God, the God of Israel, who only doeth wondrous things.

19 And blessed be his glorious name for ever: and let the whole earth be filled with his glory; Amen, and Amen.

You can read more about the Seals of Solomon in this forum thread:

Nagasiva found and fixed a serious broken link at the AIRR web site. At the upper right of the headline banner, there are links to Facebook and Twitter -- but the Facebook-to-Twitter feed link was broken and no longer worked. The last post had beenmade in January 2014, announcing the death of Eddy Gutierrez, who was the one who had set the feed-forwarding up. In all these past 5 yars, nobody had noticed or reported the broken link, and the AIRR Twitter feed remained dormant. Nagasiva researched the needed settings and implemented them, and now out Facebook-to-Twitter feed is again operational.

Today we finished the page on King Solomon, as part of our Biblical series -- with thanks to Jeremy Weiss for the text and Miss Michaele for finding and colour-correcting the image. Because this page in its unfinished form has been online and linked from the Jewish Spiritual Figures hub page for quite a while, it had 225 hits on the day we officially announced it. (This is unusual -- most new pages have between 25 and 50 hits when announced.)

We also worked on the Testament of Solomon page, creating links and adding data, but we will not release that to the public until we need something to show, on a day when we cannot finish a page.

We did a major upgrade to the Abraham page, as i found a better and larger image and made light rewrites to the excellent text by our former member Bri Saussy.

The Solomon page is here:

Please check it out and give our directory some well-needed publicity through social media.

--- and from there you can share to your own timeline.
catherine yronwode
teacher - author - LMCCo owner - HP and AIRR member - MISC pastor - forum admin
Top

Today's AIRR Tech Team meeting for 11/26/2019 was held via Skype; attending members were Miss Cat, Nagasiva, and Papa Newt with Lady Muse and Jon Saint Germain following along in the chat stream.

We finished up the new AIRR page on The Testament of Solomon, with the writing of Dr. Jeremy Weiss and image sampling by Miss Cat. This is the first completed page in our new series on Jewish grimoires and the occult tradition!

The Testament of Solomon page is here -- and we would like you to please help spread its URL through your own social media contacts:

On its public unveiling, its hit-count statands at 85. Your shares will help drive that number up, so please check it out and give our directory some well-needed publicity through social media.

--- and from there you can share The Testament of Solomon to your own timeline.
catherine yronwode
teacher - author - LMCCo owner - HP and AIRR member - MISC pastor - forum admin
Top

It's Facebook Fridays! for November 29, 2019. This is your chance to avail yourself of mental acuity, knowledge, and wise decision-making whenever you desire. Benefit from the Wisdom of King Solomon!

The Lucky Mojo Curio Company is holding a random drawing to give away 3 spiritual supply prizes alleged to help facilitate your powers of concentration, assist you to learn and memorize written materials, clarify your choices, and excel at test-taking and filling out paperwork. This week each lucky winner will receive a hand-made Lucky Mojo brand King Solomon Wisdom Honey Jar Mini-Spell Kit. Place the names of those whose cooperation and favour you require inside the honey with the specially compounded herb mixture, pray for the guidance and assistance of The Wisest Man in the World, and light the small enclosed candle to let your prayers and wishes radiate outward for your benefit.

First thing tomorrow morning, we will select THREE winners at random, announce their names here, and ask them to message the Lucky Mojo Facebook Page with their mailing addresses, so we can send them their FREE King Solomon Wisdom products. 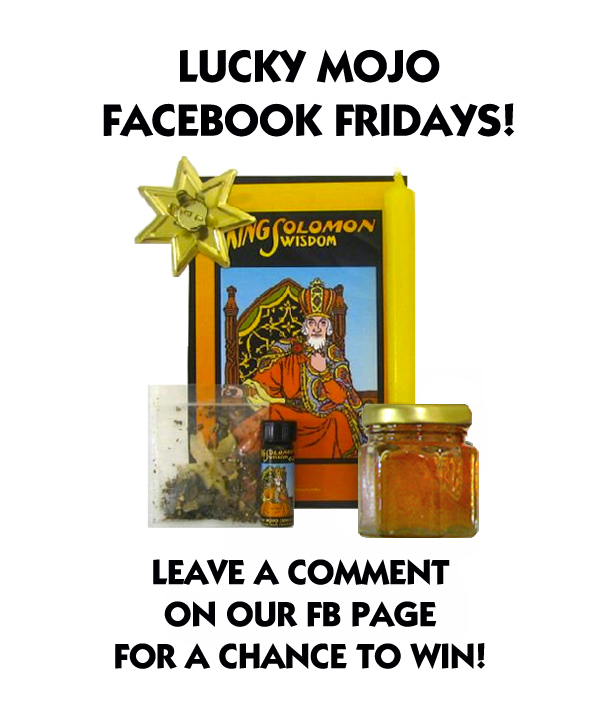