This is a very tall order and when you want too many things, the spell becomes weaker and weaker.

So, you need to prioritize.

Please read the posts on this thread for most of your answers. After reading, if you have questions about the spells, please don't hesitate to ask.

Also, for the car, a picture of EXACTLY what you want will make it easier.

You could do all of this with a 7 knob wishing candle. www.luckymojo.com/mojocatcandles.html#figural

Wishing you the best

I need a new car

I've always been able to do candle spells with success. However, now that I'm married, my husband hates candles.

I want to do a candle spell for a new car but I don't know how it will work if I can only light it a few hours a day when my husband is not around. There is a church I can bring my candle to but I've noticed that the new custodian takes candles that are not from the church away. Any suggestions to get my new car? Thanks for your help.

Welcome to the forum

We realize that you are new but we ask that you do not start new topics and please post in the correct subforum and thread. As this is a lot of work for the moderators to do.

I have moved and merged your post to the correct subforum and thread.

Please read the 2 pages here for spell advice. And yes, you can light a candle a few hours a day!

Hoping that you get that new car soon!

I finally got the car I wanted although when I first bought it, I knew what I was getting into but I did not know really how bad it was until time passed.

To start off, this is my second Mercedes, I love these cars just because they're well built cars not because of the "status" it gives the owner, although my family was very proud of me considering I built my self up from working at McDonald's and 20+ minimum wage paying jobs, to working for one of the biggest companies (still just making a living lol). My first one wasn't anything special and it was very slow but the car was a tank and almost never gave me any issues. Then after a few years I decided to step up from a 10 year old baseline Mercedes, to a top of the line model that has an incredible amount of power. Aside from this car being super fast (love it) it's just beautiful! I fell in love at first sight and had to buy it, it was like calling my name spiritually. Since I'm very mechanically inclined did my inspection and knew I'd have to spend around 5k to get it back in normal condition... needed lots of work but to me it seemed normal for a used car. Just do all the maintenance that hasn't been done yet, normal, no biggie. 10k later... 15k later..

So after time of owning this car, 1/3 of the time of ownership, it has been in the shop mostly for completing the lack of maintenance from the previous owner but unexpectedly the car started showing it's true colors with random issues starting to happen. While these issues were not critical, they were stupidly expensive and I was going to a decent shop that was not expensive compared to the dealer. I've had good luck in finding honest mechanics, but bad luck with my car. Things like "audio system" crapping out, air suspension (all suspension) crapping out, even the gauge cluster (speedometer gauges and stuff) crapped out randomly on a road trip. Now finally a first, it seems the motor has internal damage and other stuff.

It seems as time goes by, my car is starting to really seem like a money pit of repairs. Not all of it's issues were there when I bought the car, issues are starting to happen now that aren't even maintenance related. I was not able to anticipate everything that has happened to it so far and these repairs have set me back in life very much also considering I just bought a house for the first time (that needed a fair amount of work too). While some would say get rid of the car, it's not that easy since the car is already 10 years old and as time passes by the value drops. As I stand I owe more than what it's worth and there's not a good chance that someone will buy a 10 year old used Mercedes that is not in ultimate condition, for what it's actually worth on bluebook.

I'm not really sure what the ask is here, I'm accepting all your wisdom. The intention is to keep the car and involve magic to either aid in making the repairs cheap, or to cancel out any further unexpected issues from happening, or anything else someone can suggest. It's currently in the shop now and I'm waiting to hear some bad news from my mechanic. I hope we can turn this around to good news some how.
Top

You may want to start with a good old cleansing of you, your home and car, just incase this is in part due to bad luck, jealousy or someone working against you. Also I would start wearing protection products daily such as fiery wall of protection oil, you can also dress the tires of the car with it and carry a charm in the car for protection. I keep a hand of Miriam in my car for protection and safe travels and have a tiny one on my rearview mirror. I would look into good luck products as well as a mix of attraction oil to attract good luck, good mechanics. Money stay with me products will help you hold onto your money better. Even think about a clarity candle to give you clarity on what needs to be done to the car to fix it right and for good.

Money stay with me: http://www.luckymojo.com/moneystaywithme.html

Clarity: http://www.luckymojo.com/clarity.html
PS37-For evildoers shall be cut off: but those that wait upon the LORD, they shall inherit the earth
Top

Hello ,
We are trying to sell a few cars and trailers. We want to sell them quick and attracted buyers quickly !!

Are there any spells or things we can do to assist

Welcome to the Lucky Mojo forum! We're happy to have you here.

If you scroll up through this thread (which is why I merged your post with it), you'll find LOTS of ideas on how to use rootwork to help you sell cars/trailers. Good luck!
Thank you saints and spirits!
Proud member of AIRR and Hoodoo Psychics!
readersandrootworkers.org
Top

I apologize if this isn’t the right thread for my question.

I have relatively new BMW that I’m looking to sell. My concern is related to the accidents it’s been in. I’ve been hit by two uninsured motorist in the past two years. From my understanding, that can drastically reduce the value of your car. Is there anything I could do in the appraisal or selling process to it’s resale value?
Top

You could work with Pay Me products, to get the kind of money you feel you deserve for your car. I would print out a photo of your car and burn a green candle dressed in Pay Me oil on it. Petition for a resale price you wish to attract.
http://www.luckymojo.com/payme.html

Thank you so much, Miss Athena!
Top

My father is supposed to do a title transfer but he is taking some time. What candle spell will speed up the process?
Top

Normally I ask for members not to create new topics and instead, simply use the search bar in the upper right corner to find the right thread. This time, I was a little torn on where to move your post so I will go easy on you!

I moved it here because even though you are not buying the car, you are still trying to attract one. If you can get a picture of the car, I would light an Attraction vigil candle on it. Attraction products can be used for love, money or whatever else you would like to bring into your life. You could also by a large Lodestone and place it on the picture. Feed it weekly with magnetic sand and it will bring what you desire.

More about working with lodestones: https://www.luckymojo.com/lodestone.html

I would also recommend wearing some Influence oil on your hands if you come into contact with your father. Say what you wish him to do as you dab a few drops on. When you see him, make sure you get in contact so the spell transfers to him. 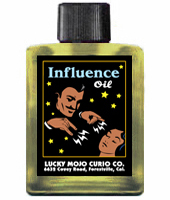