To have male friends give me money which candle should I have LM burn on the Altar? I'm leaning towards Jezabel, where my petition would be for john doe, jonny doe, mike doe, richard doe, etc to give me money, etc.

I dont really want any candles to draw them to me in love, passion, etc.....they already desire me. But they all have money that I would like for them to be generous with

What would be the ideal petition for a situation like this?
Top

The Jezebel Candle would be just about perfect for what you are planning.

Your petition should just be one from the heart, asking for what you want, with a sincere heart and strong intention. 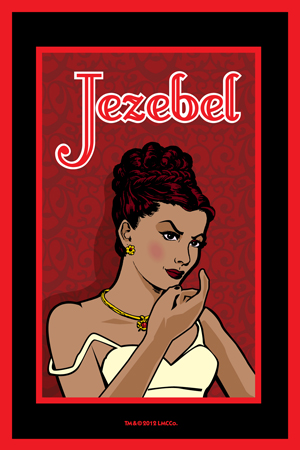 Thx a bunch Cat.
Will be placing my order shortly : ).
Top

This looks like it could be interesting and fun. Do you have to have a particular person in mind?
Thank you St. Anthony, for all you've done for me
Top

Ordered the jezebel oil for this and had been burning a green pillar every day for the last couple of weeks.

My sugar daddy who saw me the other night for the first time since starting this candle has almost double my weekly allowance!

I'm also getting a lot of clients enquire and I've been giving them stupidly high rates and they've all been fine with it and agreed to the amounts!

So glad they're working for you!

Hello guys I know you are getting tired of me lol but I just ordered a Run Of blockbuster and road opener products from Misc church to clear away obstacles I wanna know can gay males use Jezebel products? I was planning on ordering products next month
Top

yes you can but you may also like Q line which is good for hookups and fun and Lavender Love Drop if you want love. There is a book by LM that discusses this topic well.

THE SPORTING LIFE:
HOW TO HELP YOURSELF WITH HOODOO
FROM THE STREETS TO THE SHEETS
by Professor C.D. Porterfield
PS37-For evildoers shall be cut off: but those that wait upon the LORD, they shall inherit the earth
Top

Thanks, j82 -- you are so right, that Q Oil is a great additional formula for Queer sex spells.

Jezebel was known in the Bible for painting her face and wearing finery, and thus she is associated with anyone who is into makeup and glamour, and that includes straight, gay, bi, and trans folks.

Jezebel's association with prostitutes developed in the wake of Calvinist religious thought, when self-adornment became outlawed and only prostitutes openly wore makeup. In those days, a euphemism for identifying a woman as a sex worker was to call her a Jezebel. It was under this influence that formulas like Jezebel oil and the matching Jezebel candle were named.

In modern times, when women of all occupations have adopted face-painting and personal adornment as "normal," the word Jezebel has softened in its tone and gone back to something closer to its original meaning -- a strong, proud, edgy, non-conforming woman. Hence we now have the online magazine Jezebel, which is not for or about prostitution at all, but is actually a modern "women's magazine."

Our Jezebel products bear an image based upon the older thoughts, that she is a "painted hussy." As such, they are beloved of anyone of any gender or gender-preference who engages in displays of fashion, self-adornment, and glamour. In other words, gay bears would not gravitate to Jezebel, but gay female impersonators do.
catherine yronwode
teacher - author - LMCCo owner - HP and AIRR member - MISC pastor - forum admin
Top